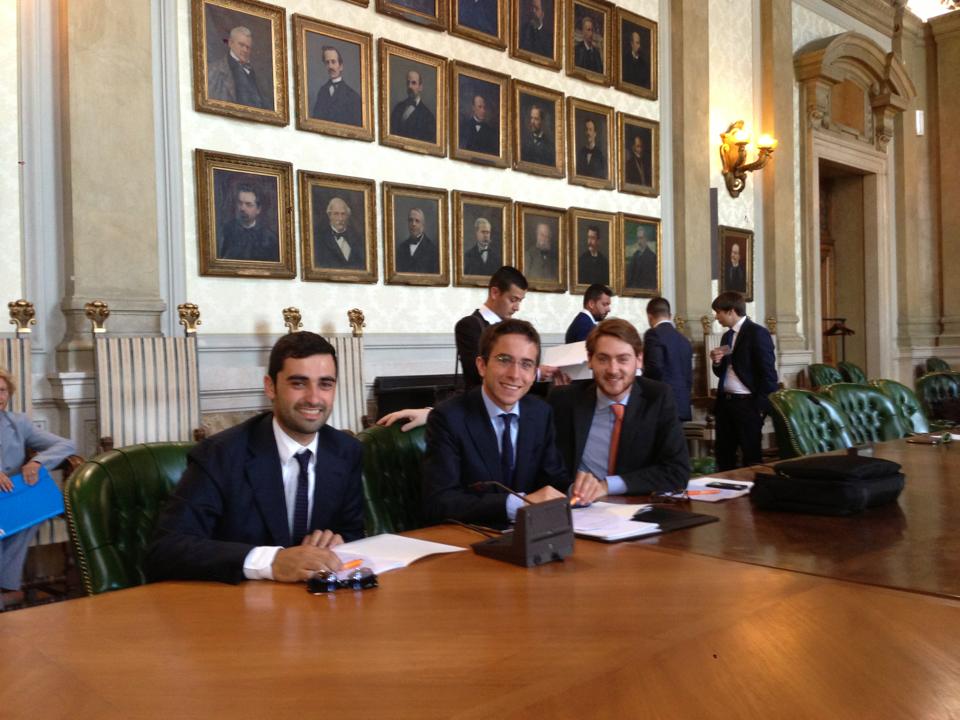 The two intense days of the November National Council of University Students (CNSU) meeting, which also saw the indirect elections for the 2013 CNSU, came to an end today.

On the first day, elections were held for CUN and ANVUR, which saw the triumph of two councillors from the Confederazione degli Studenti – Unilab Svoltastudenti group, Francesco Testa and Angelo Antinoro respectively. We wish them all the best for their hard work in these very important national bodies.

The committees then met to discuss the motions presented by the various council groups.

The Internationalisation Commission, chaired by our Vincenzo Giannico, has approved the question we submitted on the Royal Decree of 1933, which was then unanimously signed by the entire CNSU: the question asks Minister Carrozza directly what action she intends to take to resolve the obvious contradiction between the Royal Decree of 1933 and the widely known needs and prerogatives of internationalisation of the Italian university system, repeatedly referred to in Law 240/2010, the Bologna Process and the European Union.
In addition, given the immediate need, the Minister is asked to consider the opportunity to propose to the Council of Ministers the issuance of an emergency decree-law, amending the same Royal Decree, given the upcoming ruling of the Council of State on the appeal against the judgment of the Regional Administrative Tribunal that rejected the choice of the Milan Polytechnic to provide the courses of the LM in English.

CNSU indirect elections 2013 – What is ANVUR?

In the first instance, the Agency for the Evaluation of the University System and Research (ANVUR) oversees the national public system for evaluating the quality of universities and research bodies. It is responsible for the external evaluation of the quality of the activities of universities and research institutes receiving public funding and directs the activities of the evaluation bodies.
Finally, it assesses the effectiveness and efficiency of public funding and incentive programmes for research and innovation activities.

National Agency for Evaluation of the University System and Research

CNSU indirect elections 2013 – What is the CUN?

The National University Council (CUN) is an elected body representing the university system. The CUN formulates opinions and proposals to the Ministry of Universities and Research on the following subjects: