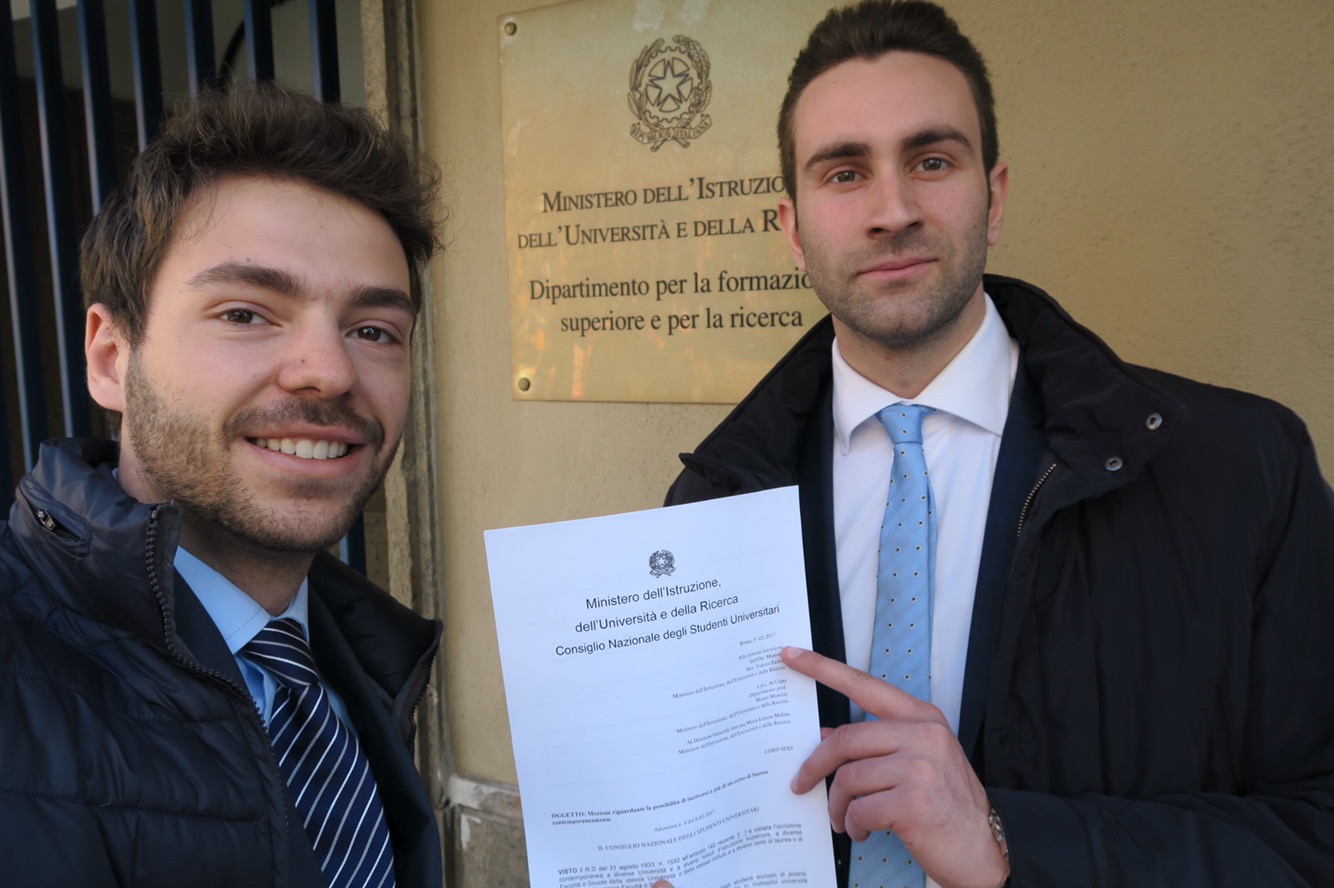 Today, 8 March, is the first meeting of the year of the National Council of University Students (CNSU). We will present the figure of the independent student in the Council. We will have the opportunity to meet the new Minister Valeria Fedeli, and the two motions that we have prepared with the Confederazione degli Studenti – Unilab Svoltastudenti council group are intended for her attention.

The first concerns double enrolment. We are asking for the possibility to enrol simultaneously in 2 degree courses.

This possibility is in fact precluded for Italian students by a Royal Decree that has not been amended since the Fascist era (1933). Without any particular reason, this law prevents universities from expanding their educational offerings, which could, for example, offer a single course in law and economics that would confer both degrees in five years. This also applies to engineering and economics and so on.

In particular, with regard to closed-numbered faculties, we ask that in order to avoid taking places away from other students, only one of the chosen courses should be closed-numbered.

As far as the right to study is concerned, we are dealing with the issue of the so-called independent student in a motion. This figure actually erodes funds from the Right to Education without actually needing the scholarship.

The figure is basically a device to represent the student as a single household for the ISEE calculation. In this way the grant is almost always awarded, but this is not linked to the fact that the student is without means. If a student is without means, he or she does not need to resort to such expedients. By the way, these expedients must be implemented at least 2 years before the ISEE is signed.

In a context where the figure of the eligible non-beneficiary exists, it is not acceptable that funds for the Right to Education are eroded in this way by those who do not need them.